Ryanne Rivers is ready to start over. Her divorce was final a year ago, her ex-husband has moved a few hundred miles away, her children are finally adjusting to their new home life, she has resurrected her dormant career—and a man asked her out on a date! The long nightmare of her abusive marriage and the painful divorce are over.

Or not. Because when her ex-husband finds out she is dating, he reverts to his pre-divorce behavior—demeaning her, manipulating her, using the children against her, even threatening to take her to court to prove she is a bad parent. As she revels in her newfound love with a man who is everything her ex-husband was not, Ryanne struggles to hold onto all of the hard-fought lessons she learned when she freed herself from her controlling husband. But will standing up to him this last time be a lethal mistake?

This Sunday she needed to keep her brain occupied. The last thing she wanted was unstructured time when she could think about—moon over?—Sebastian. Think about that little kiss he’d given her when he’d brought her home, the one that had been aimed at her cheek, but when she’d turned her head slightly had landed on her lips. And had led to a second kiss, just a bit longer, just a bit more pressure, eliciting an involuntary sound of pleasure from her and then a slight laugh from him. No, she did not want to think about that.

So although she wasn’t supposed to work on Sundays, she did, parking herself in front of her computer and the Russian novel and not budging until hunger drove her to the kitchen. The blinking light on her answering machine saved her from having to cook. Scarlet had called, inviting her to dinner.

Without hesitation, Ryanne called back to accept the invitation, turned off her computer, and headed for Hampton Falls. Less than five minutes after she walked in the door, she was curled up on Scarlet’s sofa, a wineglass in her hand. Scarlet was in an oversized, overstuffed armchair, her own wineglass on a table and an enormous piece of ornate needlepoint spread across her lap. As Scarlet worked on her needlepoint, occasionally peering at Ryanne over her half-glasses, Ryanne recounted her two conversations with her ex-husband the day before, when he had come to pick up the children for spring break.

“You have got to be joking,” Scarlet said when she finished. “He thinks you went through this whole shitty divorce because you were a little ticked at him for playing hide the sausage with that slut who worked with him?”

“My words are not what I feel like mincing right now. That he could actually believe you’d want—“ She stopped and frowned at Ryanne. “You don’t want him back, do you? Tell me you’re not that stupid.”

“No, I’m not that stupid. I got over being that stupid a while ago. It was kind of creepy, though, this soft voice he was using, the way he kept getting so close to me.”

Scarlet waved a hand. “He just can’t cope with living alone. Frankly, I’m surprised he hasn’t found someone else already. He strikes me as the kind of man who absolutely has to have someone to order around and take care of him.”

Ryanne leaned forward to eat some tortilla chips, which Scarlet had poured into a bowl and set on the coffee table, pronouncing them hors d’oeuvres. “I’m not surprised at all, but that’s probably because I can’t imagine getting involved with someone ever again. Or, well …”

She quickly drank some wine. She still hadn’t told Scarlet about her date.

“’Or well’ what?” Scarlet waited maybe five seconds, and when Ryanne didn’t answer said, “Who is he? Where did you meet? Have you slept with him yet?”

Scarlet wrote big, luscious novels about men and women and love and angst, and Ryanne always complimented her on how she enthralled the reader with the peaks and valleys of her characters’ tortuous love affairs. Not to mention the sex scenes, which Scarlet wrote with gusto, so much so that Ryanne sometimes found herself blushing when she read them.

“I haven’t slept with anybody in … well, however long it’s been,” Ryanne said. “I told you I’m not interested in men anymore.” She resisted the urge to cross her fingers.

“Uh-huh.” Scarlet set her needlepoint aside and took her glasses off, and Ryanne prepared herself for a grilling. “And that’s why you only mumbled when I asked about your night out by yourself a couple weeks ago? Let’s see, what did you say? Something about, ‘I just sat at a table by myself and listened to the band. They were pretty good, classic rock and roll, but the guy who played lead guitar was really good. Held that guitar like a lover and sang this Bruce Springsteen song that is my all-time favorite. Oh, and did I mention I know him? He teaches at the kids’ school.’”

“I did not say he held his guitar like a lover!”

“Not in so many words.” Scarlet munched on some chips. “It was in your voice.”

“I embellish. That’s what good novelists do. They embellish the facts to get at the truth.”

Ryanne snorted. “I’d tell you what I think of that, but as the mother of young children, I try not to use such language.”

“Stop getting off the subject.”

“The man. The sexy guitar player. What was his name? Lancelot?”

Ryanne nearly spurted out wine as she laughed. “Stop it. His name is Sebastian.”

“Look at you blushing and pretending he’s just some guy. If he meant nothing, you wouldn’t be making such a big deal about this.”

“Changing the subject—again—is one of those signs.” Scarlet sat forward, suddenly serious. “You know what I wish for you? I wish for you fabulous, incredible sex. The kind that makes your whole body feel young and healthy and vibrant, the kind when you don’t want to fall asleep afterwards because you want to hold on to that feeling. The kind that makes you laugh—or makes you cry—because it was so wonderful, the best thing that’s happened to you in a very long time.”

Ryanne’s face flushed. “Jesus, Scarlet, ever thought about being a writer?”

“Elizabeth L. Barrett masterfully weaves humor, heart-tugging, and dramatic tension into Every New Beginning. Her likable characters are lovable. Her dislikable characters made me crazy. I couldn’t put this book down!”

In Every New Beginning, the main character, Ryanne, loves all sorts of music and has an enormous collection of records, tapes, and CDs. The man she meets in the first chapter, Sebastian, is a musician. It’s not surprising, then, that music figures prominently in the book.

One day I wrote down the titles of all the songs that are mentioned, listened to, or performed throughout the book, and then I got on YouTube to find them all. I’ve added links to all of those recordings for those of you who love these songs—and all music—as much as I do.

“Hit Me with Your Best Shot,” Pat Benatar

“Get out of This House,” Shawn Colvin

“We Do Not Belong Together,” Stephen Sondheim

“I Will Survive,” Gloria Gaynor

“We’ve Gotta Get out of This Place,” The Animals

“Have Love Will Travel,” Tom Petty and the Heartbreakers 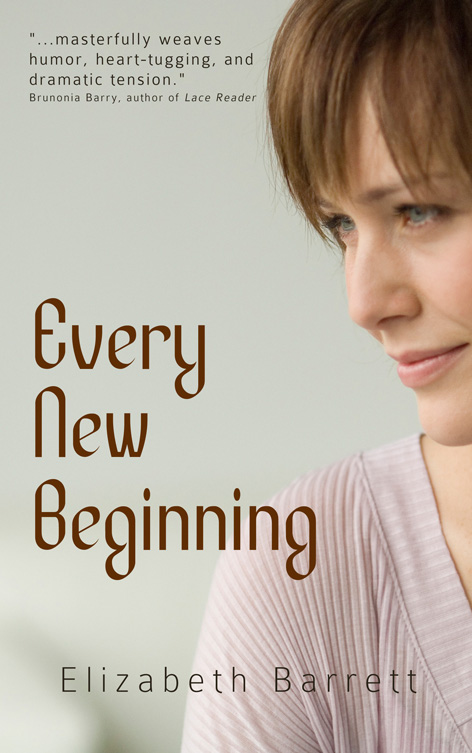