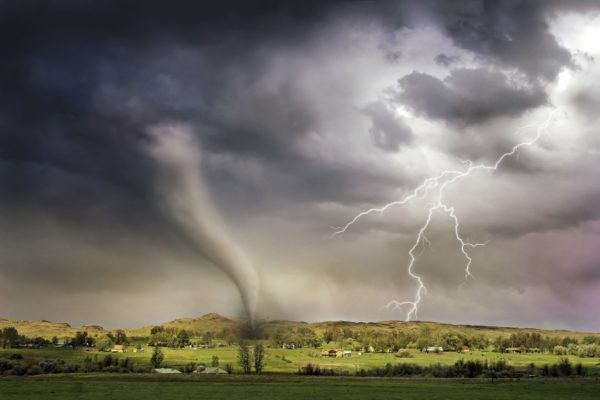 My mother asked me a few weeks ago if I would make a contribution to her newest book. She was writing a piece about wind for it, and she remembered that I had once fictionalized an experience my family had with a tornado. I sent her what I had written—it’s actually the prologue of my book Lost Mothers. I hadn’t read the book for years and was pleasantly surprised by how much I liked the prologue, impressed with how well-written it was.

She sent the contribution back to me, having cut it by about three-quarters, getting rid of all the family narrative—unnecessary for her purposes—and keeping the focus on the rising wind as a tornado spins closer. That too read well. I made a few editorial corrections and sent it back, telling her I was honored that she was including me in her book.

So, what is her book about? She has titled it Shivers: A Memoir of Where and When. When I asked her to describe it, she sent back a quote from Mary Oliver: “Instructions for living a life: Pay attention. Be astonished. Tell about it.” I can’t wait to read it!

Here is my contribution to what promises to be a fascinating book:

The small Nebraska town had one main street and no traffic lights, and when the dusty station wagon with Pennsylvania plates stopped in front of the Laundromat just after seven in the evening, no one was out on the street. The male driver and female passenger got out, pulled two overstuffed laundry bags from the back, and walked into the Laundromat. The man set his bag down in front of a washer, told his wife Maureen he’d be back in an hour, and returned to the station wagon and drove off.

Only four other people—three women, one man—were in the Laundromat which, on this third of July, was unbearably hot.

Her clothes loaded into two washers, Maureen sat in an orange molded plastic chair, a relic from a decade earlier, and got out her book. Her sweat-dampened shirt stuck uncomfortably to her skin. Two of the three women were talking to each other, and over the sound of water rushing into machines and dryers whirling and clanking, Maureen caught the words “300 miles a day” and “A pop-up. I’m never tenting it again” and “the pioneer village.”

The third woman, standing by the door with her clothes neatly folded in a basket, caught Maureen’s eye: “Getting windy out there.”

Maureen looked then nodded. The wind had risen. Not much, just enough to dance swirls of dust and bits of trash down the street. Still no people about, and no vehicles either, other than a car and a pickup truck parked just out front.

“There’s my husband,” the woman called. “Hope you enjoy the rest of your vacation.”

“You too,” Maureen said, and watched as the woman lifted her hamper into the back of the van, and then she and her husband drove off.

Maureen returned to her book, but a peculiar edginess persisted, and finally she put her book down and leaned out the doorway. The western sky was now thundercloud dark; an odd hint of green added a sense of threat. The wind had strengthened, whining as it whirled about the buildings. The propped-open door trembled in a sudden gust. This didn’t seem right.

Maureen checked her washing machines. Not even on the final spin yet.

The other two women were hauling their clothes out of dryers, not bothering to fold them, just dumping them into baskets, and then they hurried to the station wagon, shoved their baskets in, and left.

Of course, it didn’t matter how quick the spin was; Patrick wouldn’t be back for her for at least half an hour, probably forty-five minutes.

With a sudden silence, the whites stopped. The drum swung back and forth a few times, the clothes all dropping to the bottom. She grabbed one of the wheeled baskets, loaded up, and spun to the dryers on the other side of the narrow room. She wasn’t hurrying, she told herself, simply being efficient. The noise of the wind-rattled door was getting on her nerves.

She looked at the mustached man in faded jeans slouched in the far corner. He had stood, constantly watching his clothes go round in the dryer as though they might attempt an escape. Before she could speak, ask his opinion—hoping he’d assure her this wind was normal, nothing to worry about—he straightened, pushing away from the washers. He crossed the old linoleum floor, his boots clacking even above the noise of the machines and banging door. He stepped outside, and the wind whipped the hat off his head.

He gestured to the outside with a thumb over his shoulder. “Tornado weather all day today. I know some’s been seen around earlier. We gotta go.”

“Go? I can’t. I—” She gestured stupidly at the dryers. Her clothes were still wet. She couldn’t just go. Patrick was coming here to pick her up.…

All light disappeared; the dryers stopped thrumming. Maureen couldn’t help her cry of surprise or her instinctive move toward the stranger. But in the dark she couldn’t see him anymore. Unexpected panic crushed her chest, and even though she gasped for air, she didn’t get any.

“That enough for you, lady? You comin’?”