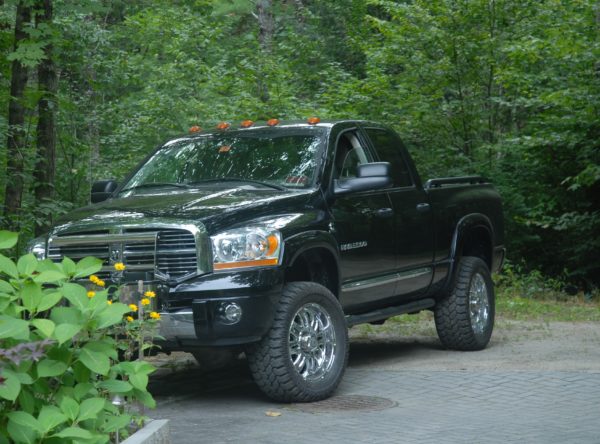 The other day, I was waiting in a small parking lot to pick up a friend. A big black truck—so common here in New England—pulled in beside me. I had my car windows down to let in fresh air, but the pickup driver kept his engine running and had his talk-radio station on just a little too loud. With regret, I put up my driver’s side window and returned to reading my book.

After a minute, the driver got out of his truck—still running—and opened the passenger door, right beside me, to clean off the seat. His appearance fit my preconceived notions. Long graying beard, black leather vest with a military insignia on the back, tattoos on his arms, a leather and metal bracelet. I imagined a bumper sticker on the back of the truck extolling the virtues of his Harley.

Then my friend walked toward me with his slow stride—bandana holding back his below-the-shoulder hair, baggy pants made of hemp cotton, a T-shirt with the image of a sea turtle on it. I imagined the driver of the pickup looking at him and thinking Hippie. Which, yes, my friend is, but he’s much more than that.

The man in the pickup is more than he appeared to be too, of course. Yet they both, outwardly, fit common stereotypes. If either showed up in a book, the reader would make quick assumptions about them. And if they were only minor characters, walk-on parts, so to speak, without even any lines to say, that might be fine. For example, your main character—perhaps a timid middle-aged woman waiting for a friend—is unnerved by the appearance of the big black truck and its clad-in-black-leather driver. Maybe she hurriedly leaves. Maybe she remembers being viciously assaulted by a man. Or maybe, more interestingly, she asks him to turn off his truck engine for the sake of the environment. Whatever her response to this stereotyped walk-on character, it deepens our understanding of who she is. She might be judging the pickup guy wrongly, but that’s not the point. (Or is only one of the points.) The writer is using shorthand—a stereotype—to uncover something about a main character. Not fair, perhaps, to the walk-on character, but not everyone in a book can be fully realized.

On the other hand, a stereotype can be used as a starting point for a character who  actually has some lines to say. We all give out clues of who we are—or perhaps more accurately, how we want to be perceived—through our appearance and what we surround ourselves with. (Our homes, our cars, our pets.) We humans can be a judgmental lot, and we can allow our first impressions to become unshakeable truth. This is where the author needs to employ subtle and careful unveiling.

To return to the pickup truck driver, let’s say he gets back into his truck and checks his phone. The photo on his home screen is a pair of Siamese cats. Or Gandhi. Or maybe you’ve set a scene outside a middle school as parents drop off their children. A blond woman driving a SUV, with her pink acrylic nails and fashionable athleisure wear, is identical to so many other moms, but there’s a large decal of a LGBT rainbow flag on the SUV’s back window.

Show your readers these small breaks in the stereotype, and they’ll sit up and think, “Wait, what’s going on here? I want to know more.”

And that is exactly what you, the writer, wants.